Top flyweights Abubakar and Pawlaczek to battle for title 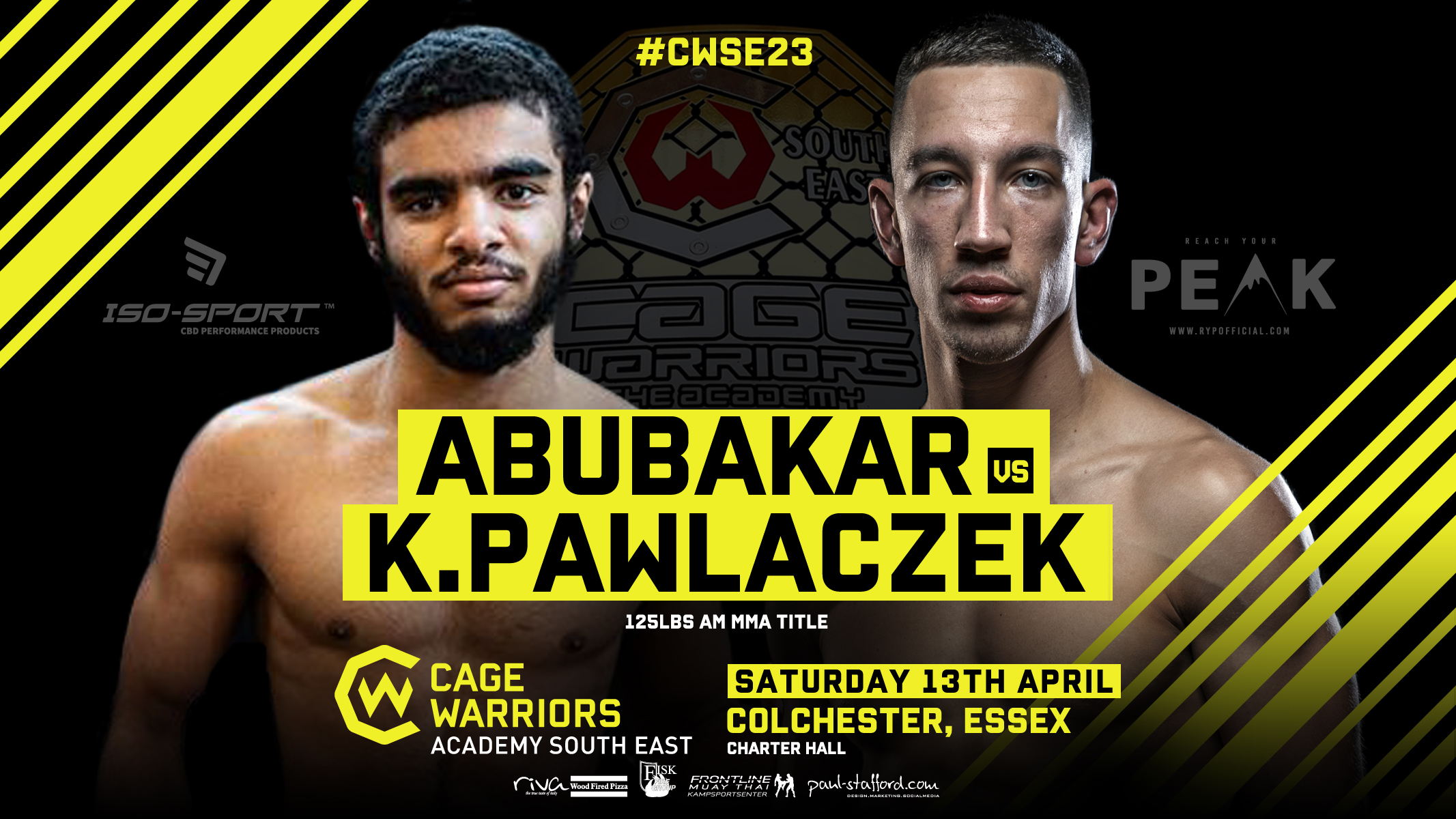 Submission machine Muhidin Abubakar (6-1) defends his amateur 125lbs title against unbeaten knock-out artist Krystoff Pawlaczek (3-0) at the Charter Hall on April 13. in a match-up that will have fight fans drooling.

Abubakar, who won my submission of the year award for his masterclass of transitions before tapping Alex Boyd to an armbar at Cage Warriors Academy South East 22 last October, went on to lift the Cage Warriors Grand Prix title as the best amateur flyweight in Europe.

But in Pawlaczek he faces a relentless attacking force who has yet to hear the bell for the third round in his career so far. He’s won his last two inside the first stanza, including a wicked left hook finish of Brendan Young last October.

Show promoter Jack Mason said: “Krystoff is unbeaten and coming off a big KO – to have that power at 125lbs is scary.

“But then Muhidin is the Cage Warriors Grand Prix champ and one of the best all-rounders in Europe at flyweight.

“This is an amazing fight between two of the region’s very best, and all of the amateur flyweights in Europe will be watching, that’s for sure.”

The title fight is the latest scrap to be announced on what looks to be an incredible card, one of the best this region has ever seen.

The event will be headlined by the ‘Battle of Anglia’ lightweight clash between pro prospects Craig Edwards and Scott Butters, which is already generating significant buzz.

And a number of other local talents will also be in action – George Tanasa, Molly Lindsay, Ollie Sarwa, James Farn, Adam Spalding, Perry Snooks, Chey Veal and Steve Riformato are all set to compete.